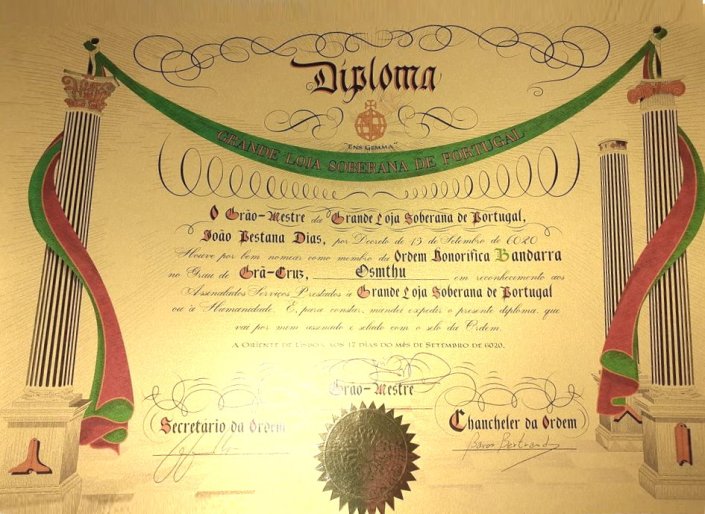 The OSMTHU, a branch of the Templar Order dating back to the early XIX century, was awarded the Bandarra Grand Cross this Saturday for the Templar Corps International initiative in recognition of “relevant services (…) on behalf of Mankind”.

The award was created by the Sovereign Grand Lodge of Portugal under Grand Master João Pestana Dias, as a way of recognizing non-masonic entities that excel in their work on humanitarian, charitable and philanthropic mission based projects. With a strong focus on the historical and philosophical Portuguese Tradition – that includes a 900+ years old association with the Order of the Temple and the world changing XV century endeavor of Discoveries planned and executed by the Order of Christ – the Sovereign GL bases most of their liturgical work on the Portuguese Rite, a re-work of the Scottish Rite blue degrees re-framed around Lusitanian mythological themes. The very name of the award, Bandarra, refers to a XVI century shoemaker who was famous for composing a set of messianic verse prophecies about the end times and the coming of a new age of peace and brotherly love blessed by the Holy Spirit. The motto of the award is in fact “Ens Gemma”, that could be translated as “[the future] being [or entity] [already present] in the egg”, as explained by XX century poet Fernando Pessoa.

Contacted by the Templar Globe, Luis de Matos, Chancellor of the OSMTHU expressed his surprise for the award. “We are only at the start of this ambitious and transforming project”, he said. “It’s very encouraging for everyone in the Order and to all hard working members of the Templar Corps International when our efforts don’t go unnoticed. We hope to be a center for international cooperation and effective work, since, as it’s often said, words are all worn out, now what we need is action. Acta non verba.”

This entry was posted in Freemasonry, in English, News, Portugal. 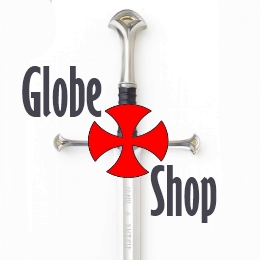