The delights of the Duero River Valley

There is a part of Spain, within a day’s drive of the Algarve, that you may have never heard of, let alone visited. If I’m right, you have been missing something interesting.

The Duero River rises near Soria and runs from east to west through the provinces of Valladolid and Zamora before it forms the Spanish-Portuguese border for a while. When it enters Portugal, it changes its name to become the Douro and splashes on west to Porto and the Atlantic.

We all know the wonderful Douro wines – but you may not be aware of the fact that, in Spain, this river nourishes some very excellent Spanish wines, too.

There are a number of DOs (Denominación de Origen) that depend on the special climactic effects created by the Duero. The best known are the Ribera del Duero (home of Vega Sicilia, which is arguably Spain’s greatest wine) to the east of Valladolid and Rueda to the south of Tordesillas, but excellent, though lesser known, wines are also produced in the DOs of Cigales, north of Valladolid, and in Toro, Zamora and Los Arribes, all in the province of Zamora.

The red wines of Valladolid province are primarily made with the Tempranillo varietal and the whites with Verdejo or, increasingly, Sauvignon Blanc. In Zamora province, Tempranillo (here often called Tinta de Toro or Tinta del Pais) is equally as important but Garnacha and Juan Garcia are gaining in usage. Almost all the wines produced in both provinces are single varietals rather than blends and it is only in the Rueda DO that white wines are produced in quantity.

The Toro wines were so prestigious that King Alfonso IX of Léon conceded privileges for their production in the 12th century and Columbus took Toro wine on his 1492 expedition, because it could survive long journeys due to its structure and body.

A group of us recently wanted to experience the various Duero wines in situ, so we used the harvest festival in Toro (Fiesta de la Vendimia) in mid-October as our excuse to spend a week tasting wines, eating some wonderful Castillian tapas and looking at the scenery and architectural wonders of the area.

Our base was the Hotel Juan II in Toro, overlooking the Duero and right next to the magnificent collegiate church of Santa Maria la Mayor, a really beautiful combination of Romanesque and Gothic architecture that was begun in 1160.

Not far away was the impressive Monasterio de Sancti Spiritus, founded in 1307 and home to a lovely collection of religious art and a beautiful Romanesque cloisters. More interesting, from our point of view, was the beautiful alabaster sarcophagus of Beatriz of Portugal, only child of King Ferdinand I and, in 1383, wife and Queen Consort of King Juan I of Castille.

Our tour took us to the Los Arribes DO, a long, narrow strip of rocky slopes along the eastern banks of the Duero on the Portuguese border (the name “Arribes” derives from the Latin ad ripam, which means “on the banks of”). The terroir is so hardscrabble and dry it is amazing that any wine at all can be grown, but, in fact, we tasted some quite drinkable ones. We also had the opportunity to take a cruise in the international waters of the ”Grand Canyon” of the Arribes del Duero. It was quite spectacular.

On our way back to Toro we stopped in Zamora for a walk around the old town, a look at the cathedral built in the mid-12th century, with its graceful cupola covered with scallop tiling, and an excellent dinner in one of the province’s finest restaurants, El Rincón de Antonio, the tasting menu of which was, of course, complemented by very tasty Rueda white and Toro red wines.

The Toro Fiesta runs over four days, and, during it, the town’s population swells from just under 10,000 to about 30,000, with the influx being almost entirely Spanish tourists.

The townsfolk are dressed in medieval costume and the celebrations are capped by the Gran Torneo de Justas Medieval on Saturday afternoon in the very rustic bullring. This is an hour long pièce de theatre, by four knights-errant and their pages, of (simulated) jousting, sword play and various pranks, all played for laughs to the vast amusement of the crowd. Of course, the knight representing Castille “won”, at the expense of the insipid (and probably drunk) knight representing Portugal and the mean and ugly black knight. Cheers all around.

On a political note, our visit was just after the “referendum” vote in Catalonia, and we were struck by the vibrant nationalist spirit in evidence all around us. There were many Spanish flags displayed prominently – a practice that, until now, had been rather frowned upon as being slightly fascist. It was clear that, while the illegal vote may have been divisive vis-à-vis Catalonia, it had certainly brought the rest of Spain closer together as a nation.

Our drive back home on the Sunday (with a boot full of good Spanish wine) was about 750km, all autoroute, and covered in about six hours – leaving time for a good tapas lunch on the way. Viva España! 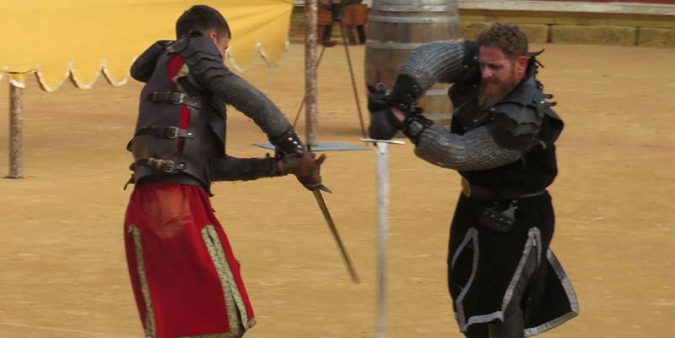 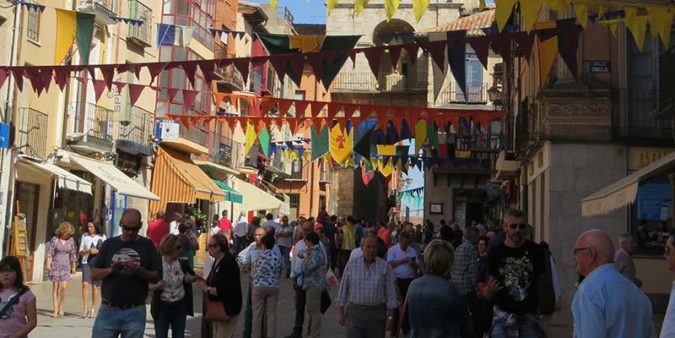 The Toro Clock Tower (Torre del Reloj), seen looking down on some of the revellers during Toro’s harvest festival 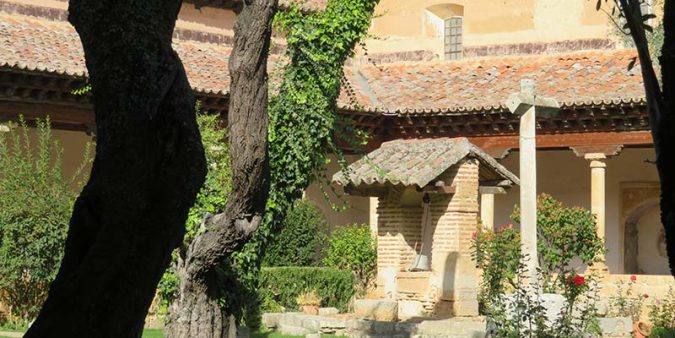 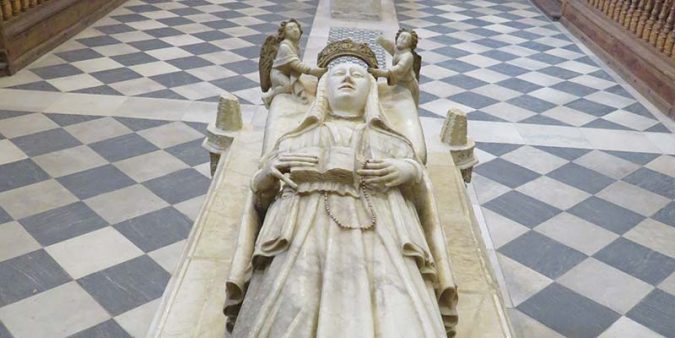 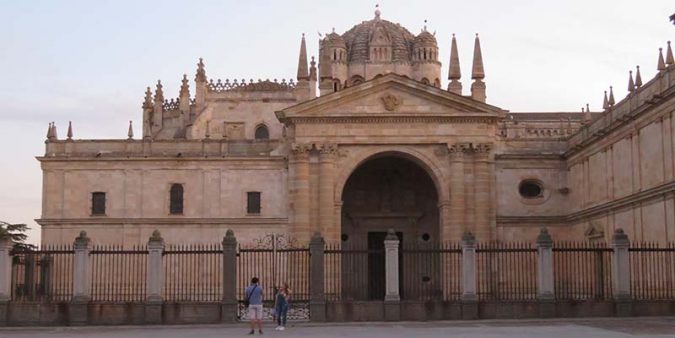 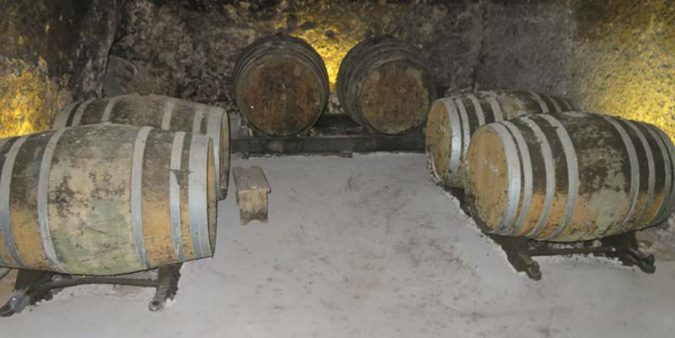 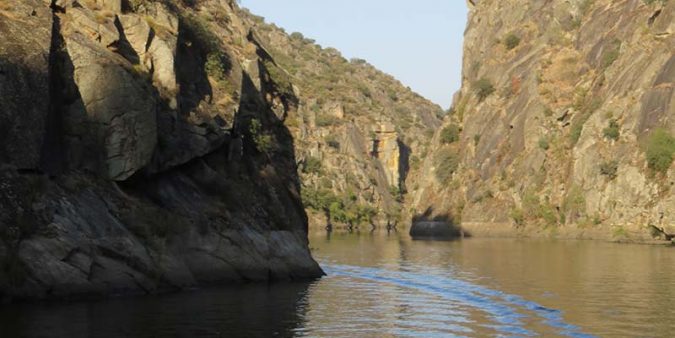 A view of the Duero River, with Portugal on the left and Spain on the right 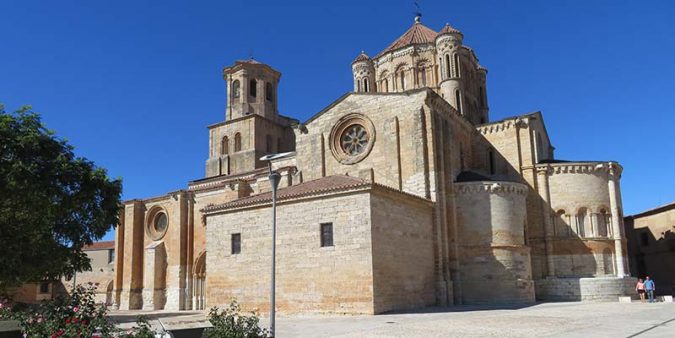 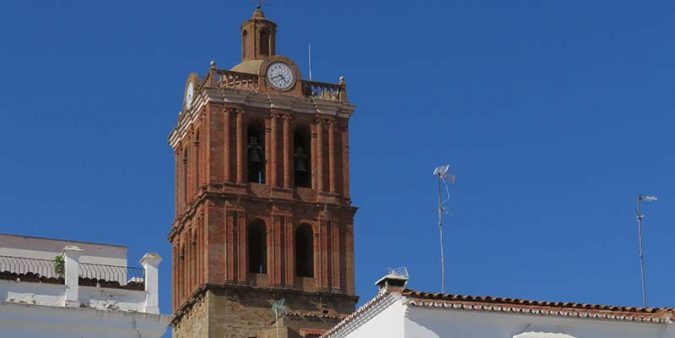