The Struggle Of King Arthur And Mordred 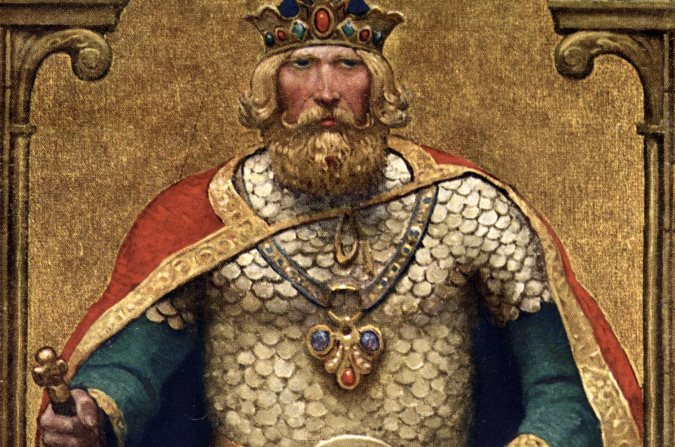 The story of England’s heroic King Arthur and his arch enemy Mordred has been a popular tale since the medieval era. It has been told and retold and been the subject of paintings and films as well as a succession of books. There are many differences between the narratives. For instance, sometimes Mordred is depicted as Arthur’s illegitimate son from his half-sister, or he might be portrayed as the son of the King of the Orkneys. He is also sometimes described as a member of King Arthur’s court who rebelled against him. However, the conflict between these two warriors and Mordred’s death in battle with Arthur are subjects of general agreement.

From the British Isles the legend of Arthur was carried to the European Continent and later to other English speaking countries around the world. The popularity of the first name Arthur in so many countries can also be traced to the fame of this legendary hero monarch. Today it is going to be hard to find someone educated in one of these lands who has not heard of King Arthur and is also able to name a few other of the characters and places featured. Although parts of the story are so well-known, its history and significance are not so widely appreciated.

The Origins of the Legend

Historians continue to speculate if King Arthur, Mordred and the other scenes and players in the legend have any historical basis. For the most part the story is associated with fifth or sixth century Wales. If a prototype for Arthur did exist he might have been a Celtic chieftain rallying his forces to fight off the Saxon invaders. References have been found to figures that might have been the model for King Arthur in some of the scare writings that survive from the Saxon period in British history, but none of the associations made are conclusive. Two Medieval writers share the responsibility for publicising the tale and incorporating in it many of the elements familiar to us today.

In 1138 Geoffrey of Monmouth wrote a history of the Kings of Britain. Many allege that he drew more on his imagination than on any older records that had come to his notice. Others claim that some of what he wrote corresponds with information in earlier documents that have now come to light. Whatever the authenticity of his facts, Geoffrey introduced his readers to a King Arthur, Queen Guinevere, Merlin the Wizard and of course, King Arthur’s arch enemy Mordred. In this version of the tale King Arthur goes to fight against the Roman Empire in Gaul (France of today). The evil Mordred takes advantage of the opportunity to usurp Arthur’s throne and take Queen Guinevere as his wife. The news reached King Arthur on campaign. He returns to his kingdom and fights a fierce battle with Mordred at a place called Camlann, Mordred is killed but Arthur is mortally wounded.

In the late medieval period Thomas Malory published a revised and comprehensive version of the Arthur stories, entitled “The Death of Arthur” (Le Morte d’Arthur). The publication of this work coincided with the introduction of the printing press. Malory’s work became one of the first books printed in England and standardised many aspects of the Arthur legend, for example, the idea of Arthur and his knights sitting at the Round Table dates from this publication. The bitter enmity between Arthur and Mordred continues to form a key part of the story but in a key change from Geoffrey of Monmouth’s narrative Queen Guinevere remain loyal to King Arthur.

Why have these tales survived the years?

The fact that the reader of this article is likely to be familiar with tales of Arthur and Mordred is a testimony to their enduring power. Yet they are more than simple stories. The Arthur tales have contributed culturally to the shaping of Britain’s identity. Over all these years they continue to serve a useful purpose. People are attracted by the idea that there was once an age when chivalrous knights rode about the British countryside fighting treacherous enemies like Mordred, or even supernatural dragons and other monsters. During World War Two, tales of Arthur’s bravery against the country’s enemies provided a rallying point for resistance to German aggression. Today the interest is probably largely of an escapist nature. Regardless of whether or not there is a basis in history, it seems that tales of Arthur and Mordred still serve a purpose in our hi-tech age.

By: Jane Richardson in newhistorian.com